A capacitive touch switch is a switch that works by touch. It even works when your hand is close to it. This means you can conceal your switch under plastic, wood, or other insulating material and still trigger the switch by touch. 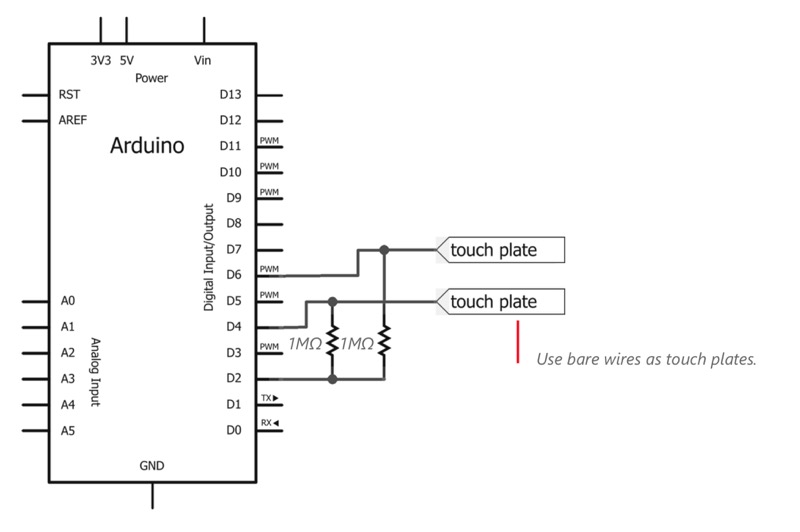 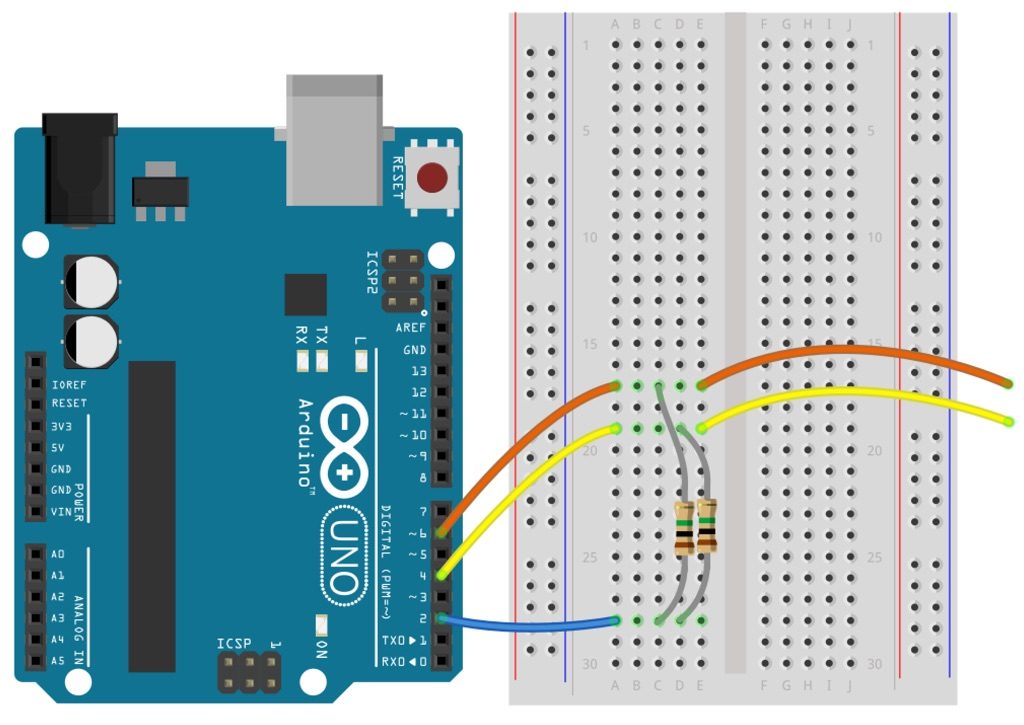 STEP 2: Unzip the downloaded file, and rename the folder to CapacitiveSensor.

STEP 1: Upload this program to Arduino. 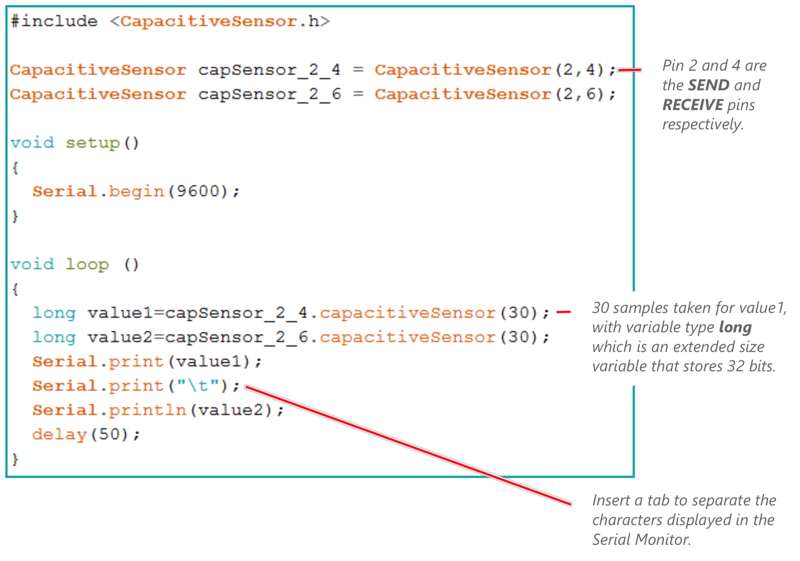 STEP 2: Open the Serial Monitor and observe how value1 and value2 change when you touch the bare wires.

You can use any conducting material, such as fruits and leaves, as a touch plate. Here’s an example of a touch plate you can make yourself.

With a pencil, draw a solid square on a piece of paper, as shown below. Use a paperclip to connect the square to a jumper wire. 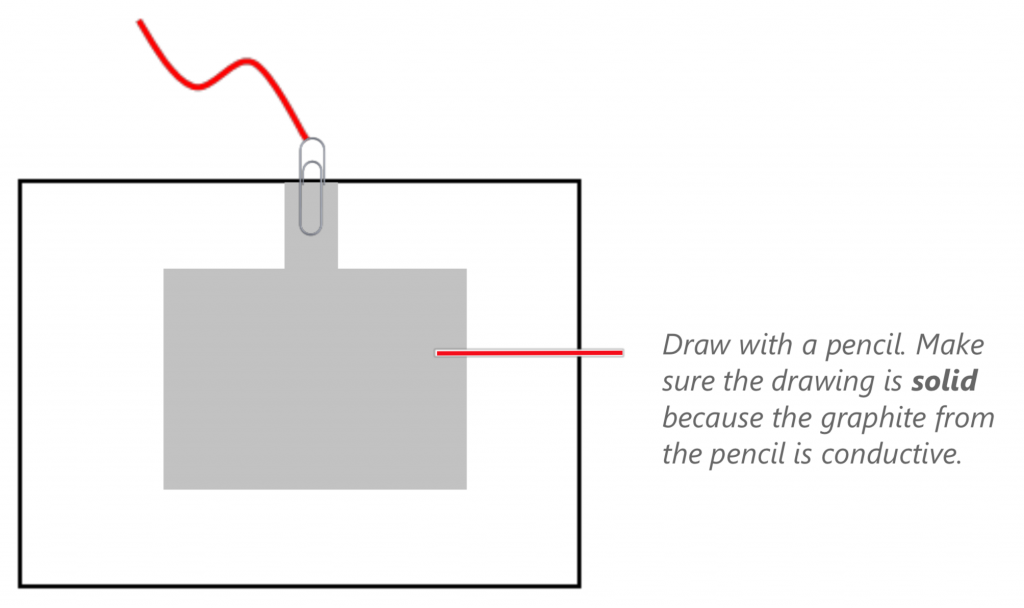 The grounding of the Arduino board is very important in capacitive sensing. The board needs to have some connection to ground. Here are some grounding considerations:

The capacitive sensing method toggles the send pin to a new state and then waits for a receive pin to change to the same state. A variable is incremented inside a loop to time this change. The method then reports the variable’s value in an arbitrary unit. 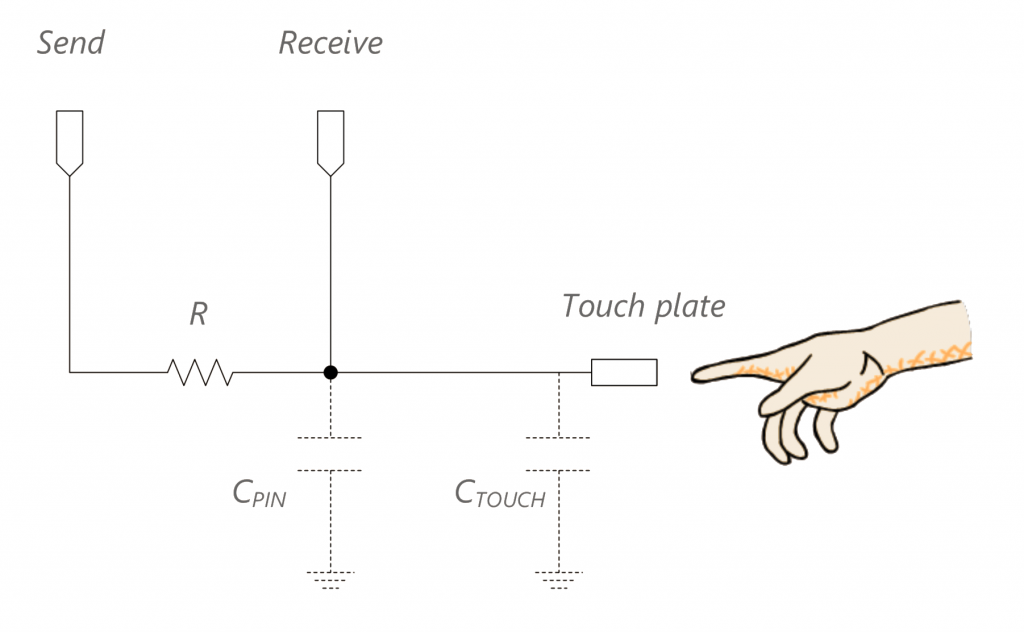 The delay between the send pin changing and the receive pin changing is determined by an RC time constant, where

You can view our body as helping to draw away the charges from the receive pin, which results in the increase in time to change its state.